As part of the UK government £2 billion investment into cycling and recreational fitness, they will be offering a financial incentive that could save a third off a new e-bike. 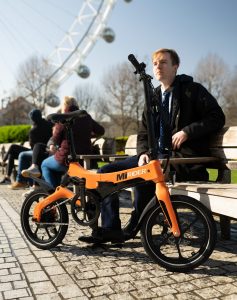 The government have just unveiled their ambitious plan to bring “a new golden age of cycling” for the UK in their new 50-page ‘Gear Change’ document.

The overarching plan will be to “establish a national e-bike support programme” in an attempt to encourage more people to ditch the car for a more eco-friendly way to travel short distances. The scheme will be especially useful for people who, for example, need to ride in business clothes without breaking sweat, ride up hills or travel long distances, who are older or less fit, or who are otherwise put off by the physical effort of an ordinary bike.

In addition, GP’s will be encouraged to ‘prescribe cycling’ to improve patients’ health. The scheme aim’s to improve the general air quality, reduce noise pollution of urban areas, as well as making them safer for pedestrians.

The UK government have not yet revealed the exact details of the financial incentive. However, The Times newspaper suggests that if the level of discount is similar to the current ‘Plug-in’ grant scheme for electric cars, it could mean up to a third off the price of a new e-bike. This is the first incentive of its kind in England and could really encourage more people to consider e-bikes as viable alternative mode of transport.

Don’t forget to check us out on Instagram and Facebook for all the latest MiRiDER information. #SmilesForMiles #GetPedalling